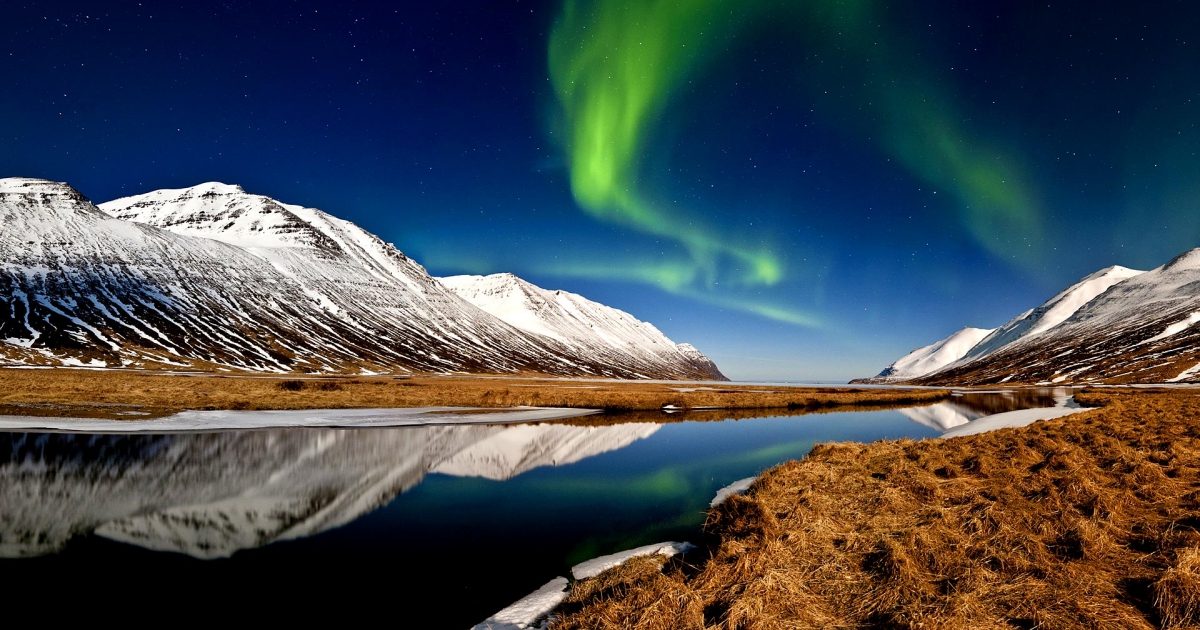 Whenever Iceland comes to mind, I only think of the northern lights. And then a land full of ice. I know it’s lame, right? Cold countries never really interested me, to be honest. Surviving Japan on a winter season was already difficult for me. It was hard to move around. My friend and I even missed the night scene of Japan because we were too lazy to go out anymore. All we wanted to do was just cuddle up under the warmth of our futon blankets on our hostel beds.

But ever since I’ve seen the film The Secret Life of Walter Mitty, my perspective of Iceland changed. I could not stop thinking about the country. For adventure seekers, that film has successfully portrayed Iceland as everyone’s must-visit destination.

To the uninformed traveler like myself, watching Walter Mitty made me realize that there’s more to Iceland than the captivating aurora borealis. The northern lights is actually on my bucket list as I would love to witness one of the greatest natural light shows on earth. But after seeing the film, I’ve added more to my bucket list of places to see in Iceland.

Under An Arctic Sky – Official Trailer #1 from Chris Burkard on Vimeo.

And as if surfing under the northern lights was still not enough of a tease, watching photographer and filmmaker Tim Kemple’s expedition about climbing Iceland’s greatest glacier made me scream with envy.

I know I can’t do what these adrenaline junkies just did. But being close to where they’ve been, knowing that I’ve passed the same roads they’ve been and breathe the same air, it’s more than enough.

Seeing the stunning images of these thrill seekers made me crave for Iceland. There’s nowhere else I want to go but Iceland.

Why You Need to Visit Iceland Now

Contrary to what many think, Iceland is not all covered with ice. In fact, the country has some of the most stunning landscapes and despite its location, Iceland also has its share of the four seasons – winter, spring, summer and fall. Depending on when you will make your trip to Iceland, numerous natural wonders await you.

Glaciers melt by spring, which attributes to the formation of thousands of new waterfalls. Flowers bloom again and the landscape turns into one huge green canvas. When summer time comes, tourists flock the place since this is the best season to explore the country. By fall, the northern lights start to show up even before rivers and lakes freeze. During winter, the sun only comes out 4-5 hours in a day and darkness prevails the entire nation. Despite the freezing temperature and harsh weather, this is the best time to chase the aurora borealis. Because of the freezing temperature, ice caves start to form too. Because of the magical blue hue showcased on these caves, tourists go out of their way to sign up for these expeditions to witness this natural wonder.

Currently, there are only a few tourists who have made their way to Iceland. So before this number blows out of proportion, which could eventually take a toll on the natural wonders in the region, including the threat of global warming, every avid traveller out there must consider visiting Iceland soon.

Exciting Things to do in Iceland

Weather in Iceland is so unpredictable but don’t let that stop you from exploring the different regions of this country. Depending on what type of adventure you want, there’s surely something in store for you when you get to Iceland. Here are some of the exciting things to do in Iceland that you should take note of.

This amazing phenomenon is quite stunning and you have to consider yourself the luckiest when you see the northern lights on your first trip to Iceland as some leave the country without seeing one. The aurora borealis can be best seen during autumn, which is September and October, when it’s not too cold yet and the rivers and lakes have not frozen. January to March brings the longest nights but despite the cold, this is also the best time to chase the northern lights.

For adrenaline junkies out there, this is one of those things to do in Iceland that you should not miss. There’s no denying the risk involved when scaling huge glaciers but if you’re into this kind of adventure, you should not let this pass. Nothing beats the feeling of accomplishing this extreme activity. Scaling through these enormous blocks of ice will surely leave you in awe of our majestic nature.

Iceland is home to hundreds or even thousands of stunning waterfalls. Every year, new waterfalls are formed due to the melting glaciers. So if you’re into chasing waterfalls, make it a point to discover new ones when you’re in the country. On top of that, you should not miss checking out the famous waterfalls in Iceland too. One popular falls is the Gullfoss waterfall, also known as the Golden waterfall. This is deemed as Iceland’s most beautiful waterfall and is included in the Golden circle tour in Iceland.

The Glymur waterfall and Haifoss waterfall, Iceland’s highest and second highest waterfall, respectively, should not be missed too. The equally stunning Svartifoss waterfall, situated in Skaftafell is also a must-visit when you go to Iceland for its picturesque backdrop.

Iceland’s capital city, Reykjavik, is where you will find interesting architecture. Be sure to check out the Hallgrimskirkja Cathedral, the largest church in Iceland and one of the tallest structures in the country. A trip to museums in the city is worth your time too to give you a glimpse of the country’s history and cultural heritage.

When you go on the Golden circle tour in Iceland, the Geysir geothermal area is one of the tour routes. In here, you will see bubbling mud pools with hot springs that emit hot water. The Great Geysir is no longer active but the Strokkur spits water every few minutes, 15-20 meters into the air and sometimes even reaching 40 meters high.

Also known as the Thingvellir National Park, this place is one of the most popular tourist destinations in Iceland. The largest natural lake in Iceland can be found here. This UNESCO World Heritage park offers a stunning landscape.

Take a dip at the Blue Lagoon

Bláa lónið, or the Blue Lagoon, is a geothermal spa and one of the most visited attractions in Iceland. The warm waters from this man-made lagoon are rich in silica and minerals. It is believed that the milky blue waters have healing powers that can cure skin diseases like psoriasis and eczema. Consider making a trip to this lagoon for that much needed relaxation.

With your visit to the Thingvellir National Park, grab the opportunity to snorkel the country’s largest lake. This is considered as one of the best diving sites in the world with dive visibility exceeding 100 meters. And if you are a licensed scuba diver, it’s best to explore the underwater scenery too. This area is within the rift valley between the tectonic plates of North American and Eurasia, giving you the chance to dive and see the tectonic walls of two continents.

If you are visiting Iceland in winter, exploring ice caves is a must as they disappear during summer time. The location of these caves change every year since they melt in spring. When winter comes, these caves freeze and new formations show up guaranteeing unique ice caves each year with gorgeous blue color surrounding the area.

Go inside a volcano

Known as the land of fire and ice, or the land of volcanoes and glaciers, this is one activity you must not miss with going to Iceland. There are active volcanoes in the region. In fact, one of the country’s volcanos erupted from September 2014 up to February 2015 and people watch the eruption. However, there are also dormant volcanoes such as the Thrihnukagigur Volcano where you’d get the chance to get inside and marvel at its colorful and huge cave.


These are just some of the things you can do in Iceland. There’s so much more to see and explore in this wonderful country. The abundance of natural wonders make Iceland one of those countries you must visit before it gets too touristy. The influx of tourists, which will bring about development soon might disrupt the area and its habitat, which is why you should stop delaying your travel plans to Iceland. Simply book that flight and go. You will most definitely not regret it.


Photo credit: the ice cave photo, screen grabbed from Smug Mug video; as for the rest of the photos, from Iceland Tourism photos