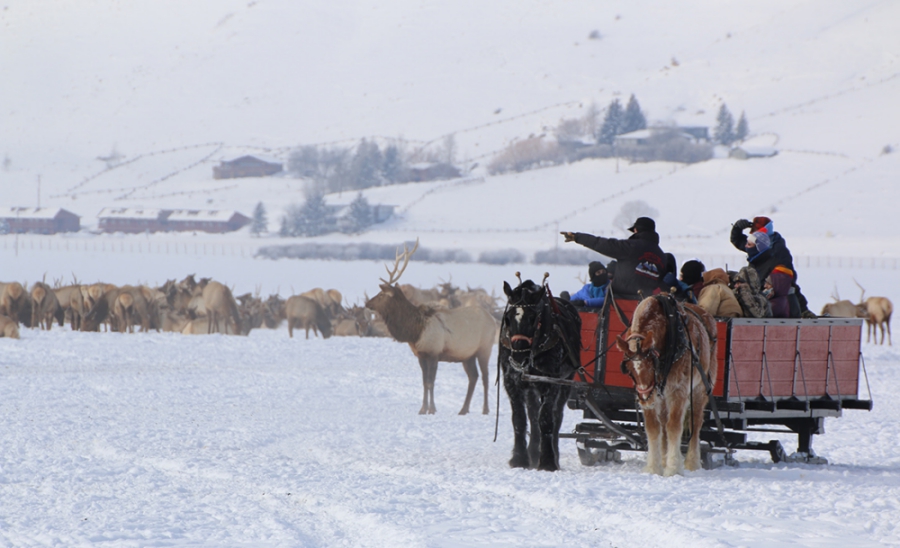 Winter is coming. But unlike the people of Westeros, those who have not thought much about what to do for the upcoming winter have nothing to fear. They should plan a trip to Wyoming instead — specifically in Jackson Hole. This Wild West destination in the United States transforms into a magical landscape come winter time.

During the summer, families and friends frequent Jackson Hole to experience their own cowboy adventures. Activities such as horseback riding, whitewater rafting, hunting, fly-fishing, kayaking, and canoeing are some of the things that one can enjoy during a visit. Due to Jackson Hole’s proximity to some of America’s best national parks, wildlife watching is also not to be missed.

Although the sight of the white capped Tetons could make anyone’s heart skip during summer time, Jackson Hole transforms into a magical destination in the winter. You will immediately fall in love with the striking scenery in Wyoming.

They say that Wyoming is at its most picturesque in winter when deep snow coats the valley and the forests are dressed in thick ice. Here are four reasons why you need to plan your trip to Jackson Hole, Wyoming, this winter.

To get a better look at these animals, sign up for a horse-drawn sleigh ride to see the wintering elks. It’s a unique experience that you’ll never forget.

Jackson Hole has been named the best ski area in North America by Forbes Magazine, so don’t miss the chance to go skiing and discover why this place has received such a distinction. Snowmobiling and snowshoeing are equally fun activities one must try during the winter. Activities such as dog sledding, ice skating, ice climbing, and snow tubing are also options to consider while you’re in the area.

What better way to enjoy seeing the Grand Tetons covered in snow than by reveling in their majestic beauty while in the company of bison, elk, moose, pronghorn antelope, bighorn sheep, and other wildlife in the area. Don’t miss the chance to go on wildlife tours to make your winter visit worthwhile. This activity is ideal for families, as you get to bring your kids along and show them the exotic wildlife in the region.

The rugged terrain of Wyoming looks spectacular during the summer time. In winter, everything turns white, delivering a peaceful and serene atmosphere. The blanket of snow everywhere you turn juxtaposed wonderfully against the blue skies will have you reveling in nature’s raw beauty.

There are campsites within the national parks where you can camp out. During the winter, resorts and lodging accommodations are also available. There are hotels near the National Elk Refuge, as well, in case you want to be near these incredible creatures.

It is advised to dress appropriately when heading up to Jackson Hole in winter. The wind can be unforgiving. When you go for the sleigh rides, add a layer of protection on your face to avoid freezing. Don’t forget to check the weather conditions before heading out to avoid getting trapped in a snow storm.