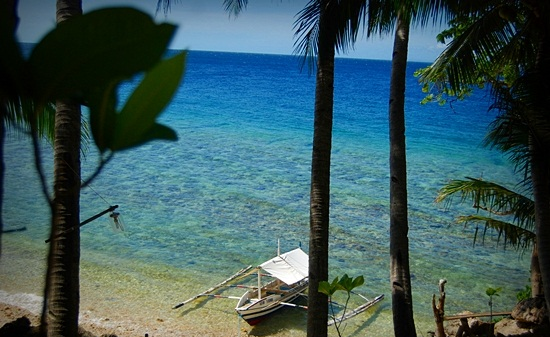 Growing up in Cebu gave me the awareness of how lucky I am to have access to the beautiful beaches that surround this small island in the Visayas Region. I’ve been to a couple of them but haven’t really explored all yet. Even when I went on out of town trips, I’d always be biased and say that nothing can replace Cebu’s beaches in my heart.

However, after a recent trip to Iloilo City, everything changed.

I never knew until now why I didn’t bother to search for things to do in Iloilo when we had booked for this trip 5 months ago. Normally, I would have searched for information online to know where to go and what to do in this province. But I guess I am thankful that I didn’t do all of this stuff. For I realized that travelling to unknown places, being unprepared and not knowing what to expect, gives you that sense of excitement and thrill.

And I discovered all of this in the island of Guimaras. Basically, Guimaras took me by surprise. I never knew I would enjoy travelling this much. My companions on this trip were also a great factor for making this one of my most unforgettable roadtrips. I am still on a high after the trip to Guimaras!

Honestly, I know nothing of Guimaras except that they produce the sweetest mangoes in the country. I even forgot that once issues of oil spill in Guimaras were the headlines of newspapers all over. I really had no idea what lay ahead on my quick visit to this island.

on a field of cogongrasses

If at first I was too OC to get scars on my legs since I’ve never had one before, this time I just surrendered to the cogongrasses we happened to pass by. I didn’t mind getting cuts from those sharp blades. I gladly allowed them to slash my skin each time I passed by each shrub. I was trespassing in their territory so I guess I deserved the slashes. Even though the sting and the pain from the slashes hurt and although I can still see the healing scars on my legs now, I didn’t mind at all. They were good scars, memorable ones.

Being able to stand on this majestic rock with those clear waters underneath makes me want to live here forever and never come back. I want to relish every moment of the sight that’s right in front of me. Such sweet serenity.

Having the ability to chase those flock of doves brought back childhood memories. Even for a short while, I was able to act like a kid – playing  and chasing those doves while at the same time appreciating their flight as they spread their wings and reveal their beauty.

Growing up in the city makes me long for sceneries like these. Pure greenery everywhere. I wouldn’t get tired staring at this lovely sight. Someday, I’d like to live in the countryside where I can see views like this one everyday.

I couldn’t take my eyes off the sight of this playful combination of green and blue. If I could only take you home with me, I would have done so already. I’ve never seen anything so beautiful.

on top of sharp rocks

Just to get a good spot to take photos of my friends, I had to find the most ideal place where I can capture their stunt man moves as they pose in front of the camera. They were climbing sharp rocks to reach the top of a cliff. I, on the other hand, had to stay behind and sit on those rocks above the sea to take their pictures and get tanned.

Of course I wouldn’t settle not having my photo taken on top of those rocks too. Confident that I was wearing my cheap beach shoes, I immediately climbed those sharp rocks. Having two left feet, wobbly knees and two twisted ankles didn’t stop me from making my own stunts. As they say “no pain, no gain”.

The island of Guimaras has captivated me completely. Never had I experienced so much fun before. Everything was simply amazing. From the beautiful sceneries, old structures, the crystal clear waters and the people of Guimaras, I am truly thankful to have gone to this place and witnessed the gem that’s hidden in this side of the Philippine archipelago.

The Mighty Iguazu Falls of Brazil