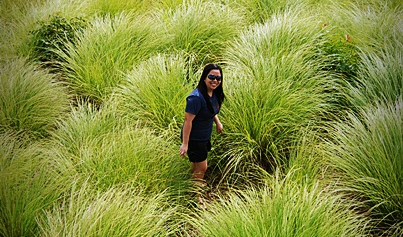 Let me cut my Bangkok-Siem Reap chronicles to update you on what I’ve been up to lately.

Last June 2010, 4 of my friends booked a flight to Iloilo to attend the Visayas Blogging Summit this month – November 2010. As soon as we received confirmation of the said event, we immediately booked our flights that month. One failed to make it since she already flew to Singapore. One was supposed to join us too but cancelled the last minute. After one of my companions specifically mentioned that he wanted to stay at the cheapest inn/hostel we could find in Iloilo, after a few searches, and after getting my friends’ consents, I made online reservations for a Fan room at Ong Bun Pension House for only Php 330. We were supposed to pay P95.00/day for four heads but since our other friend backed out, we then paid Phph 110.00 each to pay for the room’s rent. The price is still really a steal despite the not-so clean shared bathrooms and being it a fan room since we would only need a place to sleep as we’ll be out during the day exploring Iloilo. I guess whatever money we saved in our accommodations for 4 days and 5 nights, we made up for all those money we’ve been spending this past 2 days just to statisfy our vice, which in this case is food and travelling.

I never had the intention of sleeping the night before our flight as I was busy packing and doing some unimportant stuff online to catch the 8am trip to Iloilo when at 2am I received a text message from Cebu Pacific letting me know that our trip has been moved to 2:20 pm. Bummer. That gave me plenty of time to even procrastinate and it also gave me the chance to sleep for 2 hours after I was done packing my stuff. When we reached the check in counter of Cebu Pacific at the Mactan International Airport, we were told that the flight was delayed again and was rescheduled for 3:50pm that same day. Arrghh! Our plan to tour Iloilo City was cancelled since Cebu Pacific stole our time. We clearly lost a day’s worth of touring the city. But this didn’t dampen our moods. At least we had Guimaras island to look forward the very next day.

My Smart Bro Plug-it proved useful in times like these when you get stranded in the airport. The Mactan Airport doesn’t really have great wi-fi signal and since there are no outlets on the airport benches here in Cebu and since we do not want to splurge on buying coffee just to power our laptops and connect to their free wi-fi service, we just settled for the airport floors where there are electric outlets to burn our laptops while our flight was delayed.

Edwin, beaming upon our arrival at the Iloilo City Airport

We finally arrived in Iloilo City after 4 pm. The Iloilo Airport is impressive. It’s similar to Bacolod’s Airport in some ways. I haven’t checked out their departure area though. But this airport is a new one and looked great in and out.

After getting off at the SM City Mandurriao from the van for hire we rode out of the airport, we immediately walked to the other side of SM City to find this place where Edwin remembered having this cheap and inexpensive seafood place. So despite the heavy bags we were carrying + our super hungry tapeworms, we walked and walked and walked. I saw Mang Inasal. I wanted to tell them if we could just eat there. Then we passed by McDonalds. Can we just order their P50 meals? Then Jollibee, Shakeys. I just passed by each of those food outlets trying to get all the strength I still have left just to go to the other side. I was really starving and so were they. Then when we reached the place. I think it was called Butot Balat. We saw their menu and agreed that their meal rates are too expensive for our budget so we just went back inside SM City and decided to eat at Mang Inasal. There, we could have unlimited rice paired with a big chicken part of our choice. After stuffing our hungry tapeworms, we went to SM Supermarket and bought fresh fruits from their salad bar.

Then we headed to Ong Bun Pension House to retire for the night. We were assigned a room at the 5th floor and there were no elevators. You do the math.

This was our home in Iloilo City for the next four nights. Another bed was added which was included in the P330 rate of the room. There’s really nothing special about this room except that they see to it that they provide us with clean towels and arrange our bed sheets each day. It was decent enough. I even told our other friend who backed out that she can still travel here since there’s still room for 1 more head in this economy room at Ong Bun.

We were supposed to wake up early the next day to catch the first boat trip to Guimaras but that didn’t push through. We  just enjoyed lingering on our own bed bunks when we woke up on this side of the country on our second day in Iloilo. We were really not in a hurry whatsoever. We just enjoyed our vacation and tried to maximize every minute of our time.

We managed to arrive in Guimaras by noon time. Although we only spent half day on this island, we were able to accomplish seeing a lot of great sights in this beautiful island.

getting lost on our way to the port going to Jordan, Guimaras

the lethal blades of these cogongrass

A Quick Tour of the Mactan Cebu International Airport Terminal 2