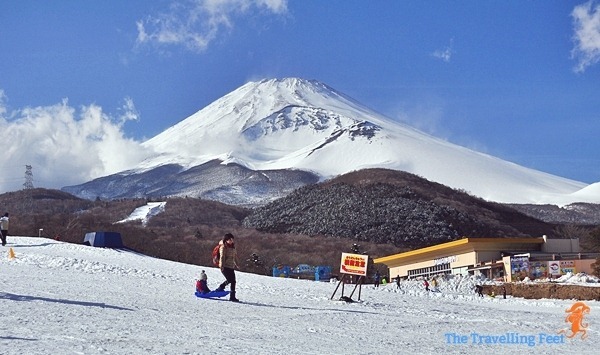 Four years ago, my high school classmate, Carlou, encouraged me and our other batch mates to visit him in Japan. I declined because I cringed at the thought of my incapacity to produce the needed documents for the Japan visa requirements. As a freelancer at that time, I have no ITR (Income Tax Return) nor any bank certificates to prove my financial capability. But when he married one of my best friends, Mary Deborie, and got invited again last year by the lovely couple, along with 2 of our friends, to visit their home in Japan this 2014, it was an offer so tempting that I couldn’t refuse.

I guess the universe would have wanted me to visit my friend’s new home because on the day I got word that our friends booked roundtrip airfares from Manila to Osaka for almost 15k, I saw one where I only had to pay around 8k, almost half of what they paid. I didn’t hesitate and booked my tickets immediately. As for the budget, I had 7 months to prepare for it, I told myself. A month after, when I shared this delightful news to another friend Wena, who is so addicted with anything about Japan, she asked if she could join us on this trip too.

As for Wena, I instructed her not to buy her plane tickets to Japan yet not unless our Visa gets approved. There was no longer any promo fares going to Osaka when she confirmed she’d want to join us. But you know what’s ironic? While our 2 friends paid 15k each, and I , 8k, Wena bought hers for only 7k, last January, the moment we received the wonderful news that our visas were approved.

The rest was history after that day. But to avoid getting our travel plans jinxed, Wena and I secretly prepared for the trip. For the last 7 months, we’ve been communicating with our soon-to-be hosts in Japan for all the things we needed to prepare and do. We’ve been so excited for this trip ever since. But at some point, we had to contain our excitement.

Although I booked my airfares last August 2013, it was only last December that we processed our Japan visa. Until our visas were not approved, I reminded myself not to set my expectations high. Then there’s that matter with getting through the immigration from our country’s side too.

While preparing for the trip, we decided it’s also best to buy our winter clothes at second-hand stores or what we call UK, short for ukay-ukay, in Cebu. Our generous host volunteered to buy our winter accessories which ranged from winter boots that looked like those branded UGG boots, beanies, gloves, ear muffs and thermal undergarments. Being that winter was about to end, January to February was the best time to hoard on those things because of the marked down prices. How could we refuse winter boots that only costs anywhere between 250-300 pesos (6-14USD)?

our winter accessories waiting for our arrival in Kyoto, Japan; photo by Debbie

We made it to Japan!

So when we made it pass through the immigration at NAIA last March 4th, and as we walked through the jetway bridge of the Kansai Airport in Osaka, I was silently jumping with joy as I walked slowly to reach the end of the bridge. Honestly, it took a long time for me to process things as I realize that we made it to Japan, the land of the rising sun; the country that’s not well-travelled by cheap and budget travellers like me because of the high costs involved.

arriving at the South Wing of the Kansai Airport Terminal 1 in Osaka, Japan

With our minds still in slow-mo, we took our time after we went pass Japan’s immigration. While I went to search for a toilet, Wena immediately searched for free Wi-Fi within the airport to contact our friends who were waiting for us in Kyoto to let them know that we arrived safely and on time. I think she also announced to the world via her social media accounts that she’s in Japan Japan!

Then the next thing happened. We got worried messages from our friends telling us to immediately find our way to the train station to avoid missing our train ride. We had 15 minutes. We hurriedly dragged our luggage and stepped inside the elevator, which would take us to the train station floor.

I was still carrying my bubble jacket because the airport terminal was too warm for my thick coat. But the moment we stepped outside the doors of the Kansai Airport, the sudden gush of ice cold air greeted us, prompting me to pause our walkathon to put my coat on.

So this is Japan, I said to myself…

my friends telling me to stop taking photos because the ‘background’ wasn’t that appealing. hahaha

Our friends were already exhausted from their day tour of the Kyoto area so we opted to get a burger meal at McDonalds and ate it in our hostel. Although I was supposed to sleep immediately after consuming our dinner as it was already 12mn and we all agreed to have an early start that morning, it seemed that my mind was still wide awake despite the exhaustion. I had to force myself to sleep to avoid getting in trouble the next day. Before I dozed off, I silently offered a prayer thanking the heavens for granting me this chance to visit this foreign land. And then off I went to slumber and dreamily thought of the adventures that awaited us in the days to come.