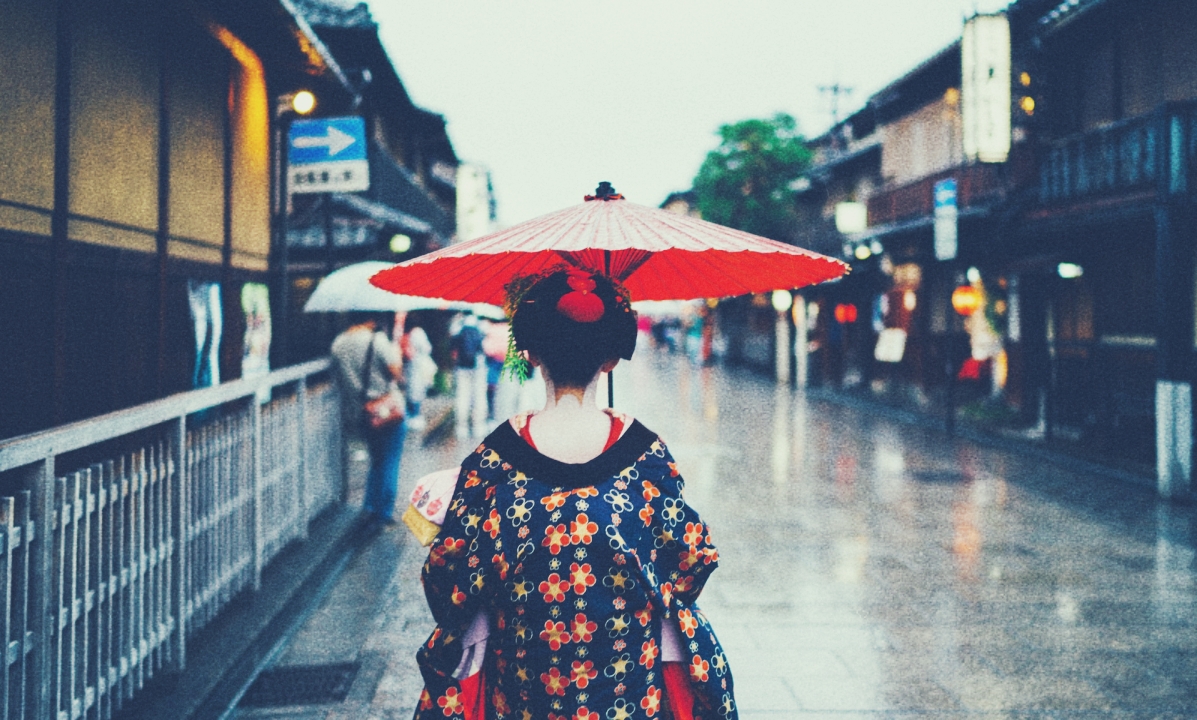 Kyoto, located in the Kansai region, has become a popular destination among globe-trotting travelers in recent times. This is due to the region’s live entertainment offerings as they provide an insight into the evolution of traditional Japanese art forms. So, let’s take a look at some of the immersive opportunities that await visitors within Kyoto.

The district in Gion is generally considered to be one of the most famous areas of Kyoto, the former capital of Japan. This is because of the region’s rich and immersive culture that is captured through color and entertainment.

Over the years, Gion has established itself as the go-to destination for those seeking to experience live geisha dancing throughout Japan. Following its emergence in the 18th century, this traditional East Asian art form has since become a highly popular form of performance, with the dancers becoming pivotal providers of entertainment and hospitality, according to an article by Toki.

Because of the popularity of geishas, numerous shows throughout Kyoto offer visitors the opportunity to experience this live, traditional dance. For example, the Mikayo Odori, which typically occurs during spring time, is one of the best-attended festivals in Kyoto. Roughly translating to “capital city dances”, the Mikayo Odori provides an insight into the offerings of geishas within an aesthetically-pleasing cherry blossom backdrop.

In addition to the traditional live dance entertainment, the Kyoto Racecourse is an ideal destination for travelers that are seeking for adrenaline-fueled sporting offerings during their trip to Japan. Japan Racing states that the track is perceived as the country’s premier course, as it hosts a wide array of major races, including the Queen Elizabeth Cup II and Tenno Sho.

The racetrack presents an ideal alternative for those who prefer in-house betting entertainment, such as those on offer at casinos, as the region of Kyoto doesn’t allow casino gaming. However, given the popularity of horse racing in Japan and the rise of the online casino industry, there are now a host of operators, such as those listed at CasinoWings, that have developed Japanese sites for local players, while also integrating horse-related titles. At 21.com, for example, along with the prospect of a sign-up bonus, users can enjoy Premier Racing, a 3D-enhanced casino game that seeks to replicate the entertainment on offer at the Kyoto Racecourse.

Kyoto also ensures that prospect visitors can immerse themselves with various forms of traditional and local entertainment. For those who wish to experience several different live entertainment in one place, a trip to the Minamiza Theater is advisable. Founded in 1610, this theater has since formed a long history of association with Kabuki, a classical drama-orientated dance.

Inside Kyoto reports that Kabuki is renowned for its spectacular stagecraft, as well as its colorful visuals and intense dramatic plots. In today’s society, the Minamiza Threatre doesn’t just provide live Kabuki shows but is also home to a variety of theatrical productions, including the all-star festive Kaomise show, which blends both old and new productions.

There’s Something for Everyone

Ultimately, it’s hardly a surprise that the variety of live entertainment within the area has made Kyoto a popular tourist destination. Japan’s former capital city captures and showcases the evolution of numerous art forms that have occurred throughout the years, ensuring that its heritage remains at the very heart of its many contemporary productions.

On Getting Married: Practical is the new IT word