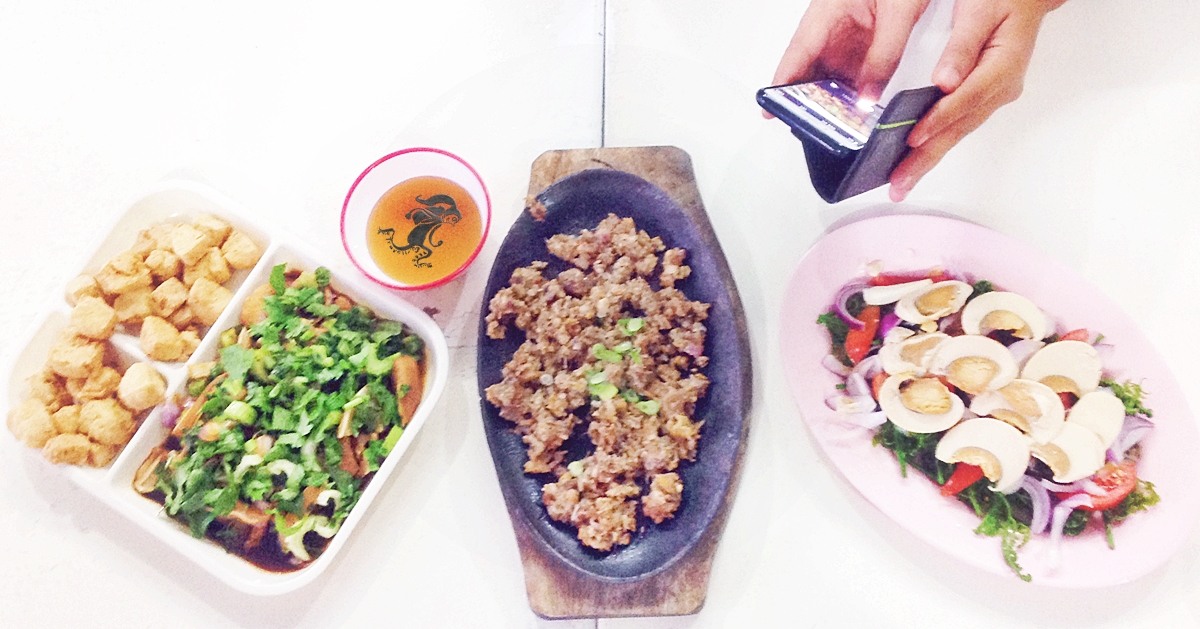 If not for newfound friends I met last year in Batanes, I wouldn’t have the slightest idea that Pampanga is home to the best Filipino cuisines I came to love all this years. In fact, this province in Central Luzon is dubbed as the Culinary Capital of the Philippines. Ever since I learned that bit of information, the food lover in me mentally included Pampanga as one of my must-visit places in the country. What I didn’t realize is that I wouldn’t have to wait long to experience and savour the best cuisines in Pampanga all thanks to the Angeles City Tourism Office.

For two days, we roamed around Angeles City and feasted on world-class cuisines while discovering the cultural heritage of the city in between.

The Angeles City Tourism Office has created a one-of-a-kind Angeles City itinerary aimed at providing a complete total tourist experience for everyone. In 24 hours, we got the chance to see what the city has to offer. Aside from all the food we devoured, we were given the opportunity to get to know Pampanga by visiting the heritage district of Angeles. This gave us a glimpse of the city’s treasured past.

Part of the experience were opportunities to visit the Center for Kapampangan Studies, the declared National Important Cultural Property Pamintuan House and the Museo ning Angeles, which is at the heart of the Heritage District.

If you’re going to ask me what’s the one thing I looked forward to, it’s eating the famed “best pork dish” cited by New York Times. I’m talking about SISIG, an exotic dish (as some might call it) which is made from parts of the pig’s head and liver, cooked with chili peppers, onions, calamansi, salt and pepper. On this particular tour, we got to try 3 different versions of sisig – the regular sisig, sizzling sisig camaru and the sizzling sisig balut.

Yep! They have a sisig version of balut too! And I thought nothing can beat that dish in terms of the most exotic I’d be eating on this trip. But I was in for a surprise. Inside the Museo ning Angeles, at the Culinarium, a cooking demo was waiting for us. The museum’s resident chef, Chef Richard, was waiting for us with his frog and cricket dish ingredients. Let me repeat that…frogs and crickets! The only exotic food I’ve eaten so far (not counting balut ha) were fried worms or should I say worm (since I only ate one piece) at Khao San Road when I went backpacking in Bangkok a few years back and that’s it. Nobody told me about frogs and crickets! The frogs were still alive too! But you know what’s surprising? Me eating a frog! Of course I had to taste it. And it tasted like chicken, no kidding. After tasting the crickets or adobong kamaru, I realized it wasn’t for me though as I could imagine its tentacles getting stuck in between my teeth. Nonetheless, the dish prepared were quite good if I may say so.

Angles City is home to a number of ex-pats. Foreigners frequent the place so its no wonder different restaurants exist to cater to this crowd. In fact, there are quite a number of restaurants serving international cuisine or what others would call a specialty food experience all over the city’s Gastronomic Belt – from the Balibago Strip, Fields District, Don Juico Avenue, all the way to the Fil-Am friendship highway. This includes Steaks & Grills, Italian, Chinese, Japanese, Thai, Middle Eastern, German, Greek, American, Fusion Cuisines and Homegrown Coffee Shops. On this trip, we got to try Vietnamese, Japanese, Thai and Indian cuisine. My favorite’s the Indian cuisine we tried but the other cuisines were equally yummy too.

We also witnessed an awe-inspiring cultural performance by Sinukwan Kapampangan in Bale-Balayan, a museum for the poor and a center for transformation through the arts. I fell in love with the museum the moment I stepped inside. It’s like being transported into a different dimension. This place is definitely a wonderful addition to the city’s projects to bring our heritage, culture and arts closer to the people, especially the less fortunate since access to the museum is free of charge.

For the adrenaline junkies, a visit to the Deca Wake boarding is a must. Although it’s a challenging sport, it’s quite addicting and you don’t have to be an expert to try it. First-timers are welcome too. Just be ready to get soaked though and have muscle pains a day or two after.

The city took me by surprise actually. It’s one of those undiscovered places in the Philippines that’s worth checking out. And as I turned my head and took a last peek of the fading city, I let out a heavy sigh. I left Angeles City with a heavy stomach heart. I decided to travel to this city without any expectations at all but after the trip, the experience gave me this overwhelming joy knowing that Angeles City has become one of my favorite cities in the Philippines.