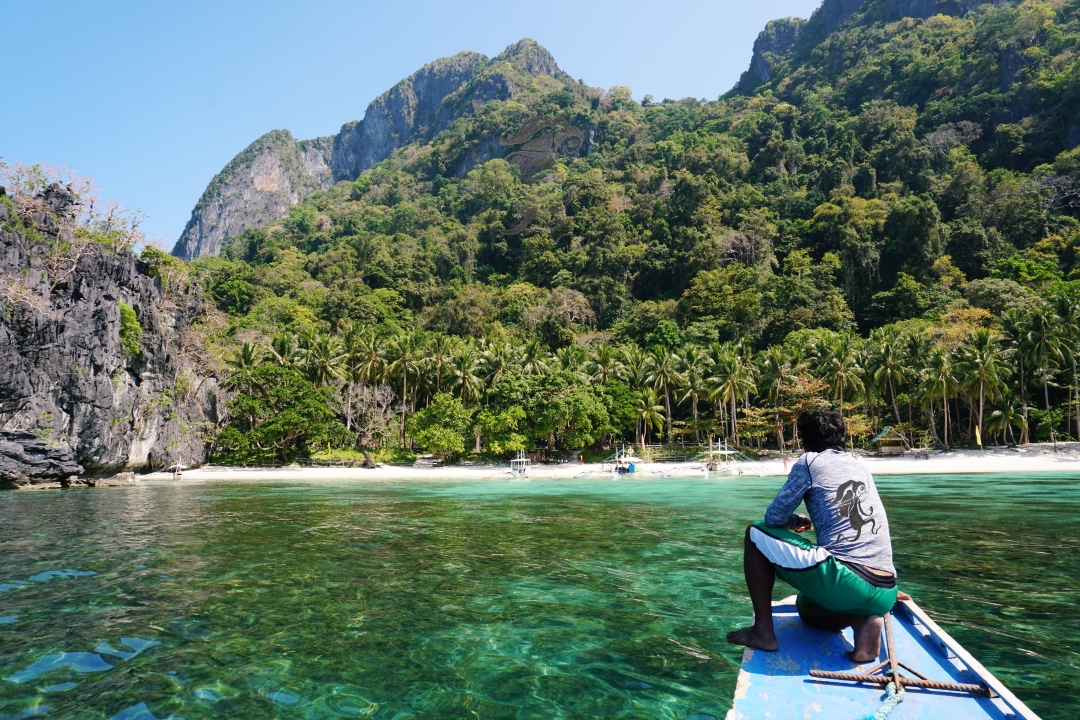 Travel + Leisure magazine has awarded Palawan as the best island in world for three consecutive years. Despite this island’s popularity, it’s only recent that I’ve set foot here and despite only seeing two key cities in Palawan (El Nido and Puerto Princesa), I’d have to agree that it is one amazing island. I’ve only explored 5% of the world’s countries so I couldn’t agree yet if this island in the Philippines is indeed the world’s best. But I’m happy to know that Palawan is recognized and loved by travellers worldwide.

Every year, for the past seven years, I’ve booked cheap air tickets and attempted to visit this island paradise. But for some unexplainable reason, I never push through with my flight bookings. Then last February, I got invited by different groups of friends to travel to Bukidnon to witness the famous Kaamulan Festival and also go on an island hopping spree at El Nido, Palawan. The only problem is the travel schedules will fall on the same dates. At that point, I wish I had two bodies as I wanted to go to both. I already made up my mind and chose Bukidnon at first. But after weighing things through, old fickle-minded me opted for Palawan instead.

See, I’ve been to Bukidnon twice already, if my memory serves me right. But Palawan? Zero. So after finally, finally, finally deciding my choice of destination this summer, I looked for cheap air tickets to Palawan and booked my flight.

I would probably throw tantrums if this 7th attempt will get derailed too but I’m glad that this time around, the travel gods were in my favor.

So when the pilot announced over AirAsia’s PA system to prepare for landing, I looked over my window to get an aerial view of Puerto Princesa while wearing an “I made it!” smile.

I will be meeting my travel companions for this trip when we land and we’re heading straight to El Nido, and then explore Puerto Princesa on the last days of our vacation.

El Nido is a 5-hr drive and it was already late at night when we reached the small town. We couldn’t figure out how the town looks like yet. But when morning came, a short walk at the town’s beach gave me the opportunity to see what El Nido looks like.

Our 6-day trip to Palawan included a visit to Nacpan Beach, island hopping tours A+B and C+D, a visit to the Puerto Princesa Subterranean River National Park – listed as a UNESCO World Heritage Site, island hopping at Honda Bay, firefly watching and a city tour in Puerto Princesa. All of these packed in 6 days. For some, 6 days could be too long already, especially for those who have corporate jobs. But 6 days was too short for me, I’d say.

When I come back, and yes I most definitely will, I’d allot 1 day each to join the island hopping tours in El Nido again. Perhaps spend a night or two at Nacpan Beach too to simply reboot and stare at beautiful sunsets.