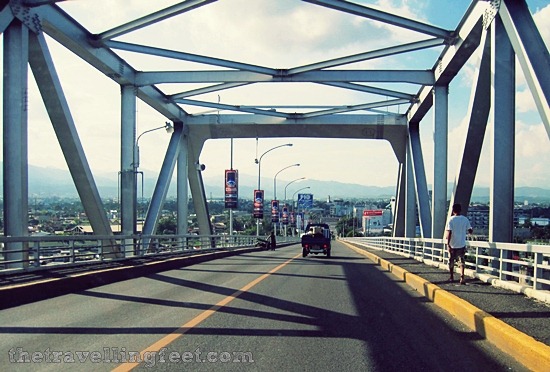 My parents came to Cebu without a clue as to what lies ahead of them. But soon they were able to find the perfect place after transferring from one place to the other. They found their soles on the soils of Mandaue City and this is where my love affair for my hometown began.

Sometimes I believe that travellers to Cebu City may have taken for granted my hometown since there’s really nothing worth checking out here. I could almost imagine some travellers flying in from the Mactan-Cebu International Airport snubbing Mandaue City as they pass by the Marcelo Fernan Bridge. If I were that traveller, I’d do the same too and I couldn’t blame them.

But to those who doesn’t know about Mandaue City, let me tell you more about this place…

A thick vine called Mantawi was said to be where my hometown got its name. Long before those Spanish conquistadores arrived in this part of the country, those vines grew abundantly and after a couple of “name mutations”, Mantawi got to be known now as Mandaue.

Mandaue City is one of the highly urbanized cities in the Visayas Region. It is dubbed as the industrial zone of the province of Cebu since a lot of manufacturing firms are located here. During the Spanish era, records show that Mandaue City is one giant hub for trading too. And even as a kid, I’ve always associated Mandaue to that giant San Miguel Beer bottle on top of the SMB plant every time the jeepney passes by that area when going to Cebu City.

The city of Mandaue is actually huge. Most of what you’ll find here are both manufacturing firms and residential houses. The visible landmarks that represent Mandaue are found in the town proper.

You will see the the National Shrine of St. Joseph in Mandaue.

This church was where I took my first communion and where I graduated in elementary.

A couple of kilometers away and under the Mandaue-Mactan bridge, you will find the Bantayan sa Hari (Moro watch-tower).

They say that the Bantayan sa Hari was built to protect the locals from the sea pirates.

And who could ever miss out on the Mandaue Presidencia? This building is the seat of government in Mandaue.

You will also find the Rizal-Bonifacio Monument with that distinct cone-shaped structure on top of the building. The public library is nestled inside this monument and at the back is the city’s post office where I frequently go when I send postcards all over. There is also a stage in there for all sorts of activities.

This fountain and the statue of Mandaue’s Greatest Son, Justice Sotero Cabahug, is one notable structure found beside the Mandaue City Hall.

Other landmarks that I remember before which no longer exist is the town’s plaza and a fenced circular fountain located in front of the city hall.

Things to Do in Mandaue City

There are no tourist attractions in my hometown except for what’s in the town proper.  But one famous event that Mandaue is known for is the Translacion, the gathering of the Holy Family.

Every 3rd week of January, on that Friday before the Sinulog festival, the image of the Holy Child Jesus a.k.a. Sto. Niño, together with the image of Our Lady Of Guadalupe or Birhen sa Guadalupe, visits the National Shrine of St. Joseph. Devotees flock to Mandaue to pay homage to the Holy Family.

Before dawn breaks the next day, a procession takes place to send off Sto. Niño and Our Lady of Guadalupe at the Mandaue Ouano Wharf where a fluvial parade awaits as a re-enactment of how the holy image got to Cebu.

Just before the send off, be ready for some eardrum-damaging noise from Juda’s Belt firecrackers, the traditional Sinulog beat and then some choppers flying back and forth the area.

Balloons and flower confetti will cry from the heavens and you will see beautifully adorned fishing boats and all those other boats filled with people as they join the fluvial parade.

That long strip of port from Mandaue City to Cebu City will be covered with devotees patiently waiting to see a glimpse of the image of the Holy Child as it sails back to Cebu City. Both bridges that connects Mandaue and Lapu-Lapu will be filled with onlookers who couldn’t join the parade. You will also see that the boat that carries Sto. Niño will pass by the that part of Lapu-lapu where the Virgen of the Rule or Birhen sa Regla resides to pay its respects before heading to the port of Cebu City.

Everything is so festive in there and you’d wish you were on one of those boats too! This event in January is something you wouldn’t want to miss.

Have a Taste of Mandaue’s Delicacies

I simply love kakanins or native delicacies and aside from bibingka, I also dig for their version of kutsinta. Then there’s also masi, palitao and puto.

I always look forward to those delicacies every time my mom goes to the public market. A friend of mine also likes tagaktak, though I’ve never tried eating one before.

If you happen to be in Cebu on the 1st week of May, witness the Mantawi Festival, Miss Mandaue and join the Mandauehanons as they celebrate their Annual Fiesta every 8th of May. In December, get to experience the Pasko sa Mandaue where there’d be food fairs and a parade of Belens and Parols.

Mandaue has slowly evolved into one of the next best places where people can hang out. With malls, schools and other business establishments opening in Mandaue, Mandauehanons and its nearby cities and towns are now given more options and opportunities to hang out in this once industrial giant at the heart of the province of Cebu.

The Mandaue-Mactan Bridge on top and the Marcelo Fernan Bridge below connects the island of Mactan to the rest of Cebu province.

As for me, I can say that my hometown is one great place to live since it is strategically located when accessing the southern and northern parts of the island of  Cebu and it’s just a few minutes drive to the 2nd busiest airport in the country.

I was not born in this place nor were my parents. I am a Bicolano by blood, Manileña by birth but a true blue Cebuano by heart all thanks to the place we call home and that is Mandaue City.