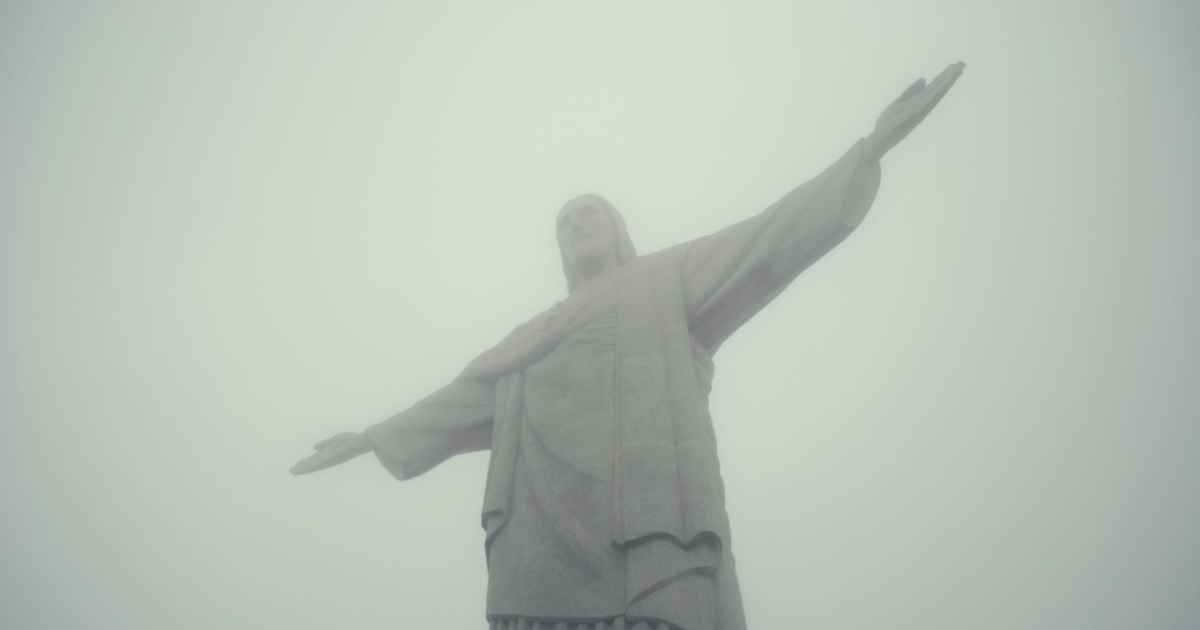 Do you believe in miracles? In less than 48 hours, I experienced two miracles. Call it coincidence or however you want to call it. But I’d like to believe that they are my little miracles and that miracles do exist. As Matthew 7:7 says, “Ask and it will be given to you; seek and you will find; knock and the door will be opened to you.”

We had to go back to Rio de Janeiro to visit Cristo Redentor. We were supposed to see the massive statue on our third day in Rio but an unfortunate event happened, forcing us to cancel our plans. So after sorting out our pre-booked full day tours with RdJ4u, we finally chose today to tour the city.

However, the rain was unforgiving. Of all the days we’ve been here in Rio, the weather chose to be uncooperative today – the day that we’re to explore the city of Rio de Janeiro and visit its iconic landmarks. It’s one of those uh-oh moments where you’d have to chant constantly “Please let the rain stop. Please let the rain stop.” If only I knew how the rain dance works, I would have danced it even with two left feet to be sure the weather doesn’t ruin our tour.

How the weather behaved was crucial since we were going to see Cristo Redentor, famously known as Christ the Redeemer. This specific landmark is one of the reasons why people go to Rio de Janeiro. And of course, there’s the Carnival.

But with the bad weather, there’s a slim chance we’d have a good view of the massive statue. Soon enough, our fears were confirmed. It was constantly drizzling as we cruised the slightly steep roads leading to the hill that houses Cristo. When we finally reached the top, Cristo was covered in thick fog.

We were greeted with a blurry image of Christ. There were a lot of tourists on standby trying their luck to wait for the fog to dissipate. Some still took their photos with Cristo in the background despite the blanket of fog that hugged the statue.

Looking at the situation, it was almost close to impossible to get a decent view of Cristo. There was no stopping the thick clouds from clearing and I guess it would be a miracle if the skies clear up for a tiny bit.

My desire to see Him was too strong that I silently prayed for Him to show his face even for a short while. And as if He was listening to my prayers, and perhaps the prayers of some of the tourists there too, I saw the sea of clouds that covered the city below move. It was clearing and the once fogged aerial view of Rio de Janeiro can be seen from the Corcovado Mountain. At that instant, I immediately turned back to see Cristo and let out a moderate “Oh my God!”

The fog disappeared! And there He was in full view.

I could only smile in awe and got amazed at the mighty structure in front of me. After admiring His presence, I captured a few photos of Cristo. The rest of the tourists scrambled to get good selfies too.

Probably thinking the time He gave was more than enough, Cristo hid himself in the fog again, probably resetting his counters on the number of people praying for him to show His face.

As for me, I’m one happy tourist whose prayers were answered the moment He miraculously showed His face after I was done with my prayers.