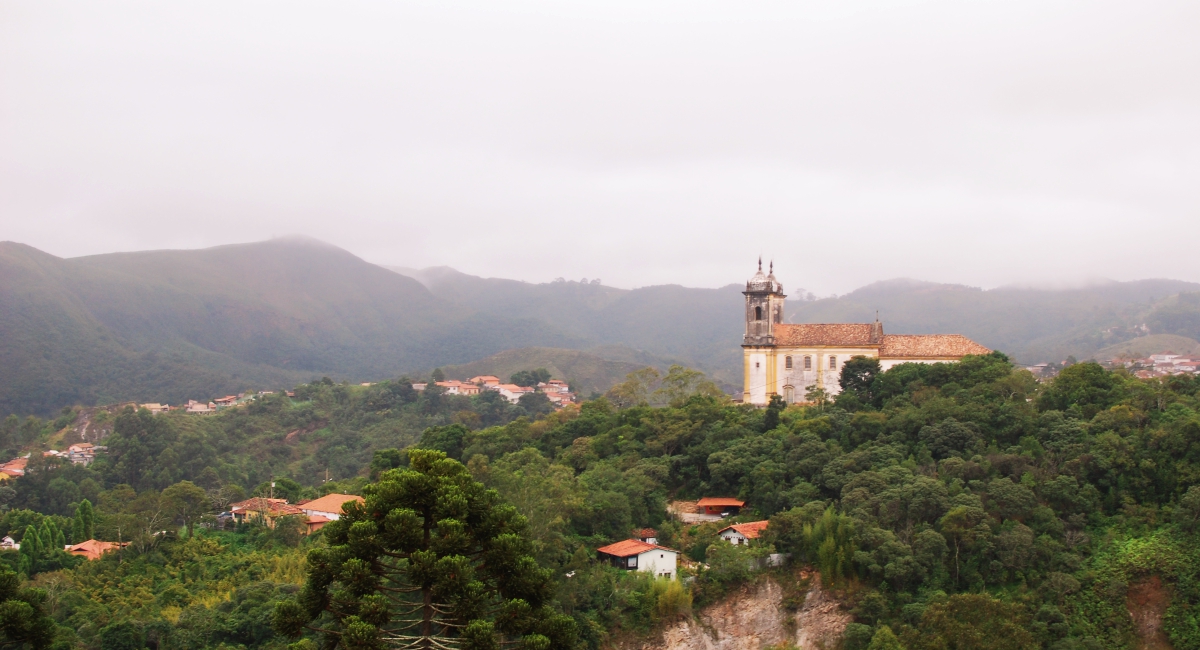 After what happened in Rio and after sorting out my travel buddy’s travel document, we decided to leave town and head off to a place suggested by a few travel blogger friends we know. To be honest, I was still paranoid the entire time we were in Rio. Trusting people suddenly seemed difficult for me and I think Marx was starting to get pissed at my paranoia. LOL. So this change of environment would be good for us. I just hope that that would be the last misfortune we’d experience during our stay in Brazil.

So after sleeping the entire time in our night bus, I woke up to fogged windows. I can see blurry greens while our bus cruised the road. Then flickers of light started to show up in my window. After wiping the mist to see a better view, the scattered houses indicated that we must be nearing our destination. With what I’ve seen so far, I guess the thermal clothes I packed would be put to good use after all.

As our bus stopped at the terminal, the smell of burnt rubber greeted me. An indication that we’ve been cruising at higher altitude during the night. Then the cold air kissed my face and my hands, and hugged my legs. It was cooold! If my camera’s settings were right, it’s safe to say that we’re standing 3,400+ ft above sea level, something we didn’t see coming. Google maps only showed us we’re going up north of Rio. I never thought about travelling in the mountainous north. A search in Google also tells me now it’s 15 degrees here and will drop to 11 later tonight. Gosh. Anyway, scanning the small crowd of people in and out of the small bus terminal tells me that this place is safe. I hope it is. I showed the señora manning a ticket booth the handwritten address of our hostel. And with a few hand gestures, we started our short hike.

In Brazil, majority or I think 99% of the people doesn’t speak English. (Correct me if I’m wrong here) It’s a good thing that with our Spanish descent, we could understand a few words. The other day during lunch, we had to ask a branch of Beach Sucos in Ipanema what time they open and close. We decided to go back there because for the first time, we took a break from consuming burgers, decided to splurge a bit because food in Rio is expensive to any budget-conscious Pinoy traveller, and agreed that that place would be our go-to restaurant for Brazilian food as we liked what we ate. But after playing charades, pointing to my invisible watch, saying ‘sarado’, acting out how you open a window with two fists separating, and all those other hand gestures, we still couldn’t understand each other. I was talking to them in English while they respond in fast Portuguese, which made my head spin. The manager wanted to help me so much and kept talking to me even though I said it’s ok and never mind. But he knows I wasn’t satisfied with their answer. Gladly a new customer walked in. I asked if he knows how to speak English. ‘No’ was his immediately reply. Not minding what he said, I told him I wanted to know what time the restaurant opens and closes. I guess he must have understood me because he was now interpreting what I’m saying to the manager. Guess what. Open is Abri in Portuguese. I grew up with that word and I know what it means! I could only shake my head sideways in disbelief thinking all the charades we had to do for that simple word.

Pulling a luggage on a cobble stone sidewalk was not an easy feat, I tell you. I pity the wheels of our luggage. If it were to talk, it would have continuously said “Ouch, ouch, ouch, ouch!” every time it bumps on uneven grounds. With no gadgets or physical map to guide us, we relied on the screenshot we made of our hostel’s location in our brains the day before. Marx was sure where we need to go but I was still in denial. So to be sure, we stopped by the gasoline station beside the bend after the 10-minute hike from the bus terminal to ask directions. ‘Ola!’ I said, then showed the handwritten address I jotted down on my leather journal and asked. The guy manning the station pointed to that side entrance Marx mentioned before that station and told us it’s up that hill. Knowing where we needed to go was too dreadful. For me at least. But we had no choice. So we started our way up to find our hostel.

If there’s any consolation, the cold air made it easy for us to climb those steps. It was a heart-pumping climb to reach the top. I had to rest every 3-4 steps just to make sure I catch my breath. Just a quarter past the bottom steps, a young lad and probably his mother came down. Sensing that I was struggling with a 17-kilo luggage + a 9 kilo backpack, he offered to help. His gesture was genuine and at that point I know we’ll be safe in this town.

I thought it wouldn’t end. The agony. My agony. But for some miraculously reason, we made it on top of that hill. Whew! Of course I had to decline the lad’s help. I don’t want to inconvenience him at that ungodly hour of the morning.

Once we reached the top, we already saw our hostel. Our street was still sleeping. Except for locals walking down the hill, no one was in sight. Even our hostel’s door was still closed. I have to thank whoever invented doorbells for without it we would have probably waited on that street, trying to fight the coldness creeping in.

A sleepy young woman opened the door and still not knowing how to speak English, allowed us to stay inside. Check in was still at 3pm. I think that’s what she said. But she was so kind enough as to let us use one of the spare rooms to rest.

My travel buddy’s soundly sleeping right now but since I slept through the entire bus ride, I’m fully energized and ready to explore this town. But I can’t just yet. So to keep me occupied, I decided to freeze myself to death while I wait for the whole neighbourhood to wake up.

As I’m writing this, I’m allowing the cool mountain air to hug me in the small kitchen section of this beautiful house. A veranda is hiding from a blue door on this kitchen. A hammock invites those who are brave enough to chill outside and enjoy the view of the town. And if you’ll look through the kitchen window, a majestic view of probably one of the town’s UNESCO Heritage church will greet you.

For some reason, the sight of greeneries and tangerine tells me we’ve found our safe haven in Brazil.