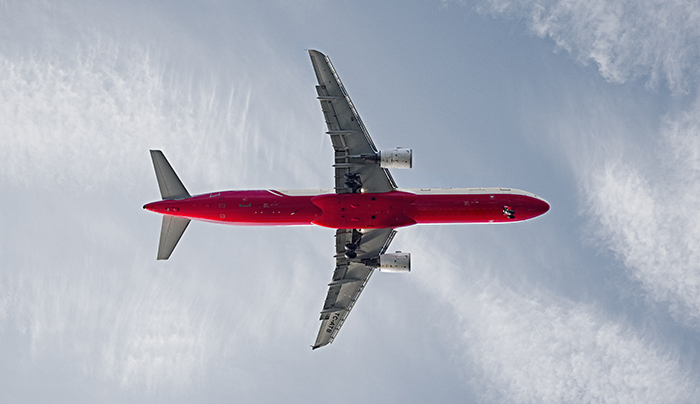 Looking to fly from Delhi to Bangalore on a budget? No worries, we have got your back! There are many budget airlines in the country that can take you from the political capital to the IT capital at extremely affordable fares. These include airline operators like Spice Jet, IndiGo, AirAsia India, Air India, Jet Airways, and Go Air.

Below, we give you the lowdown on these six popular budget flight operators.

SpiceJet is the third largest airline in the country in terms of domestic passengers, thanks mainly to its low-cost offerings that have struck a chord with people looking for budget travel options. The airline does not offer any complimentary meals, nor are any in-flight entertainment services available. However, if you are looking to travel from Delhi to the Kempegowda International Airport or any other location covered by air, then SpiceJet can offer you some of the cheapest flight tickets in the country. In-flight food? Order it additionally at the time of flight ticket booking and get fabulous discounts on the meals too.

A more recent entrant into the Indian airline industry, Air Asia India started operations in 2014 but has fast become one of the most sought after airlines in the country due to its low-cost travel options, especially between Bangalore Airport and Delhi’s Indira Gandhi International Airport. In addition to offering meals on board, you can also use the in-flight entertainment facilities to spend your time in a fun way. Air Asia’s service quality is so well known that it was chosen as the world’s best low-cost airline at 2017 Skytrax World Airline Awards for the ninth consecutive time.

With its primary hub located at the Indira Gandhi International Airport in Delhi, IndiGo is a low-cost airline operator and is considered to be the largest in the country in terms of passengers carried. It offers travel to more than 40 destinations in the country and daily flights from Delhi to cities like Bengaluru, Mumbai, and others. The airline also offers snacks onboard at a charge.

One of the leading airlines, Air India is the flag carrier airline of the country. The biggest advantage of the airline is that it connects to almost every major city in India. As such, flying to Bengaluru International Airport, Kochi, Ahmedabad, or any other city, it is literally a breeze with Air India!  The airline offers meals for any domestic flight that has a flight duration of more than one and a half hours. Most aircrafts are also equipped with in-flight entertainment options that allow passengers to access both English and Hindi language content.

The second largest airline in India, Jet Airways also offers some pretty good deals when it comes to traveling from Delhi to Bangalore Airport on a budget. A big benefit of traveling with Jet Airways is that that airline has not compromised on the comfort of the passengers even while flying economy class, and offers seats with hammock headrests and foot nets. In addition, the onboard cuisine has been designed after considering the requirements of all types of passengers. You will not only find vegetarian meals on offer but also meals for children, religious people, diabetic travelers, and so on.

Based in Mumbai, this low-cost carrier connects Delhi to more than 20 cities in India, including Bengaluru. Though no complimentary meals are provided, the airline does offer lip-smacking meals that can be purchased on board at reasonable rates. And, if you are going for a vacation, then you can not only save money by opting for cheap flights from Go Air, but you can also save on hotel stays by presenting the boarding ticket at any of their hotel partners. How cool is that! This offer is also available for spas and restaurants and is valid for a period of about 30 days from the flight date.